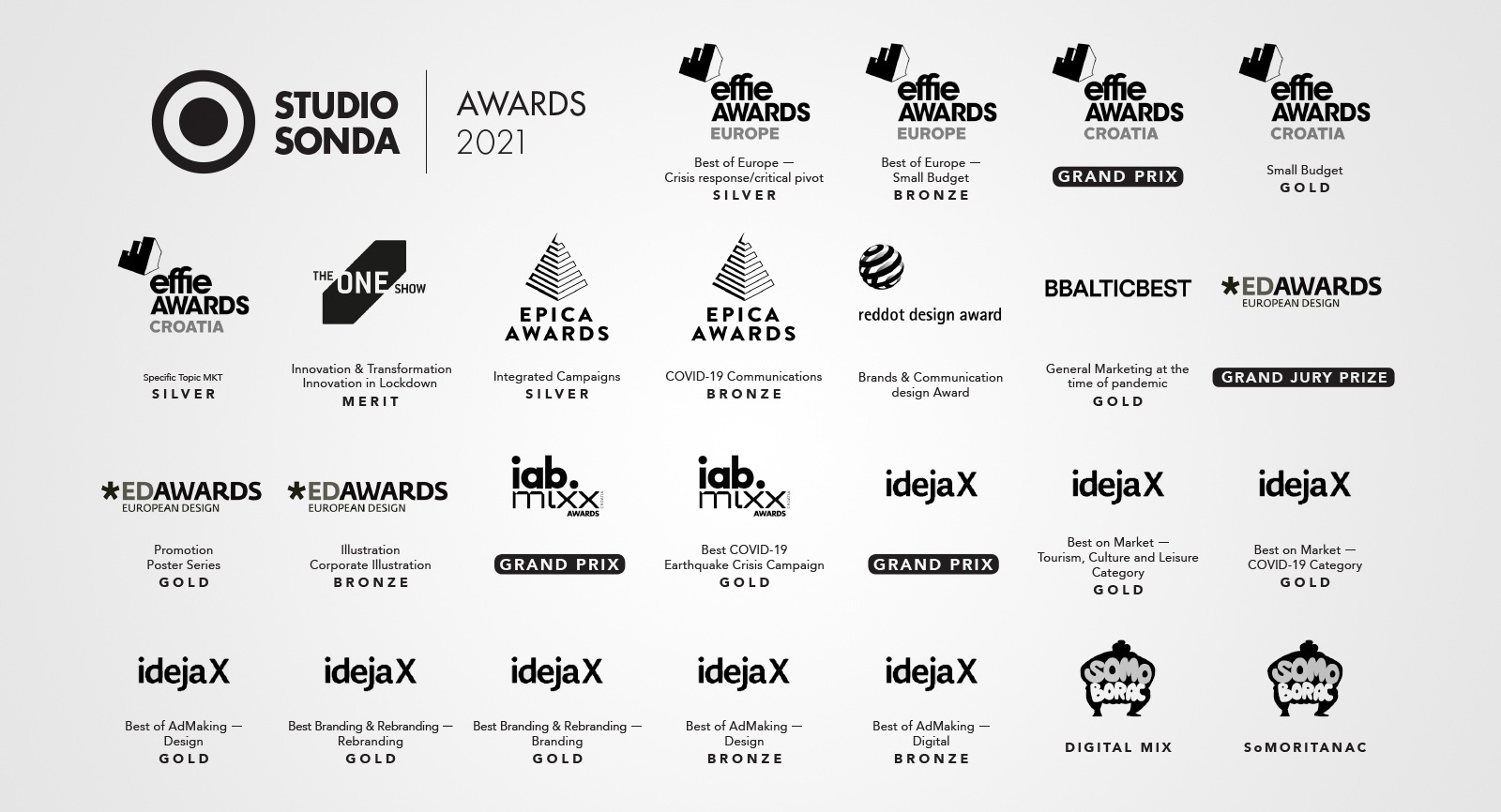 While 2021 has brought universal chaos to the world, it brought success to Sonda as rarely some other has. It has been a year in which we moved in a new place, built a Creative Center with a production hall, worked on many wonderful projects, but also a year in which we were awarded many important prizes.

In 2021, as many as 25 professional awards were given a permanent address in Vižinada! At the most important national festival of creativity, we were awarded, among others, 3 Grand Prix prizes in: Creativity (IdejaX), Efficiency (Effie) and in the digital world (IAB MIXX). For the first time we brought two Best of Euro Effies to Croatia and were awarded the grand prize by the jury of the European Design Awards for which we had the honor of being awarded by John L. Walters, the editor of Eye Magazine. Moreover, the 16th Red dot arrived, than Epica, One Show… etc. …

We are very grateful to our clients and collaborators who believed in our projects and ideas and gave us the opportunity to use creativity in order to become communicators between their brands and the world. We are happy that this year the professional associations recognized and awarded the works we lovingly did for Poreč City Library, Ledo, Berba Vina and the #jedvacekam project. We are also excited to present our new works that will soon see the light of day.

There is little left of this year and before we move on to the next, the 2022; we would like to wish everyone good health, love and a lot of happiness. Hope all your dreams will come true and see you at the Creative Center in Vižinada, which is already starting with several interesting projects in early 2022!

100% COVID FREE JOURNEY, the campaign for the City Library of Poreč, takes home as many as 2 SoMo Borac statuettes in the categories Digital Mix and SoMoritanac

Kanfanar monograph among the 25 best designed books in 2018

B-report reveals the campaign for Piquentum Sv. Vital: ‘Art directed by nature’ to be the third most awarded in the whole region, and the first in Croatia for 2019.