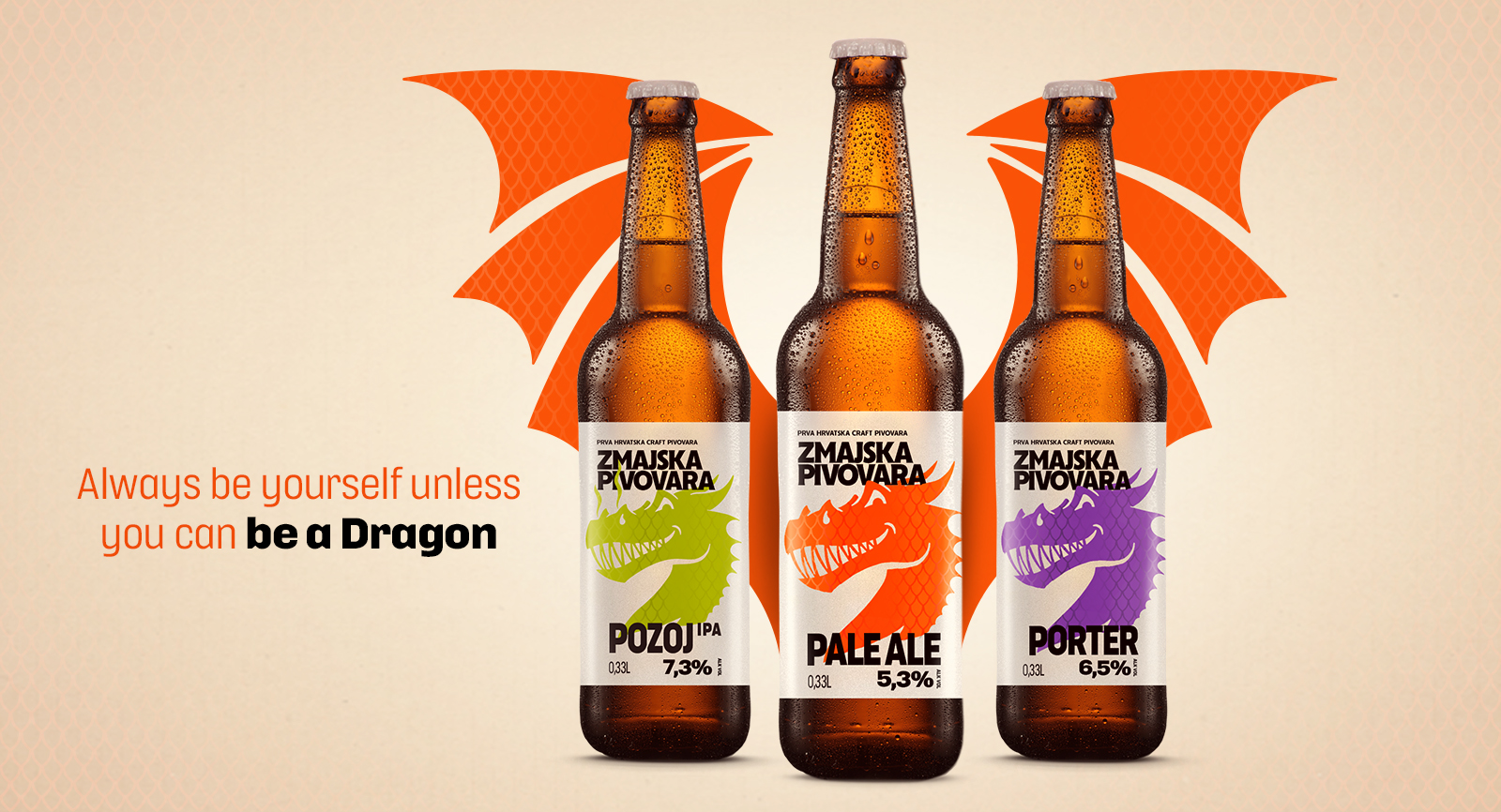 Zmajska brewery (Zmaj = Dragon) was founded in 2013, as a result of a long-standing passion for premium beer and today it is considered the pioneer of craft brewing in Croatia. As the Croatian craft beer scene was literally growing and developing with a dragon, at the same time the need for clearer positioning and creating a new visual identity of both the brand and the product itself was increasing.

Studio Sonda was assigned to develop a new strategic positioning, to redesign the label and to remake the overall visual identity of Zmajska brewery. The strategic repositioning took into account the fact that Zmajsko was actually the first craft beer to bring the craft philosophy closer to a wide range of users in Croatia. Namely, it is the first Croatian craft beer to come to life on store shelves. Thus one of the key tasks was to simultaneously work on its upgrade, but also to consider the already existing visual and communication elements by which the brand has been recognisable and loved for years.

The new design and the communication concept bring to the fore the main values of the brand such as: independence, immediacy, determination, quality, inspiration, mastery. Details of dragon scales that look like hops and a new illustration give the dragon a more refined and bold look. After 10 years, and the consistency in quality, the dragon has definitely grown up and become more than just a logo or label. Today, the dragon is a symbol of craft brewing in Croatia and  a leader of the craft movement. So if you believe in the same values as Zmajska Pivovara, just drink good craft beer and: Be A Dragon!

Studio Sonda received the European award for the design of the poetry collection Closed on Sundays, written by Drago Orlić