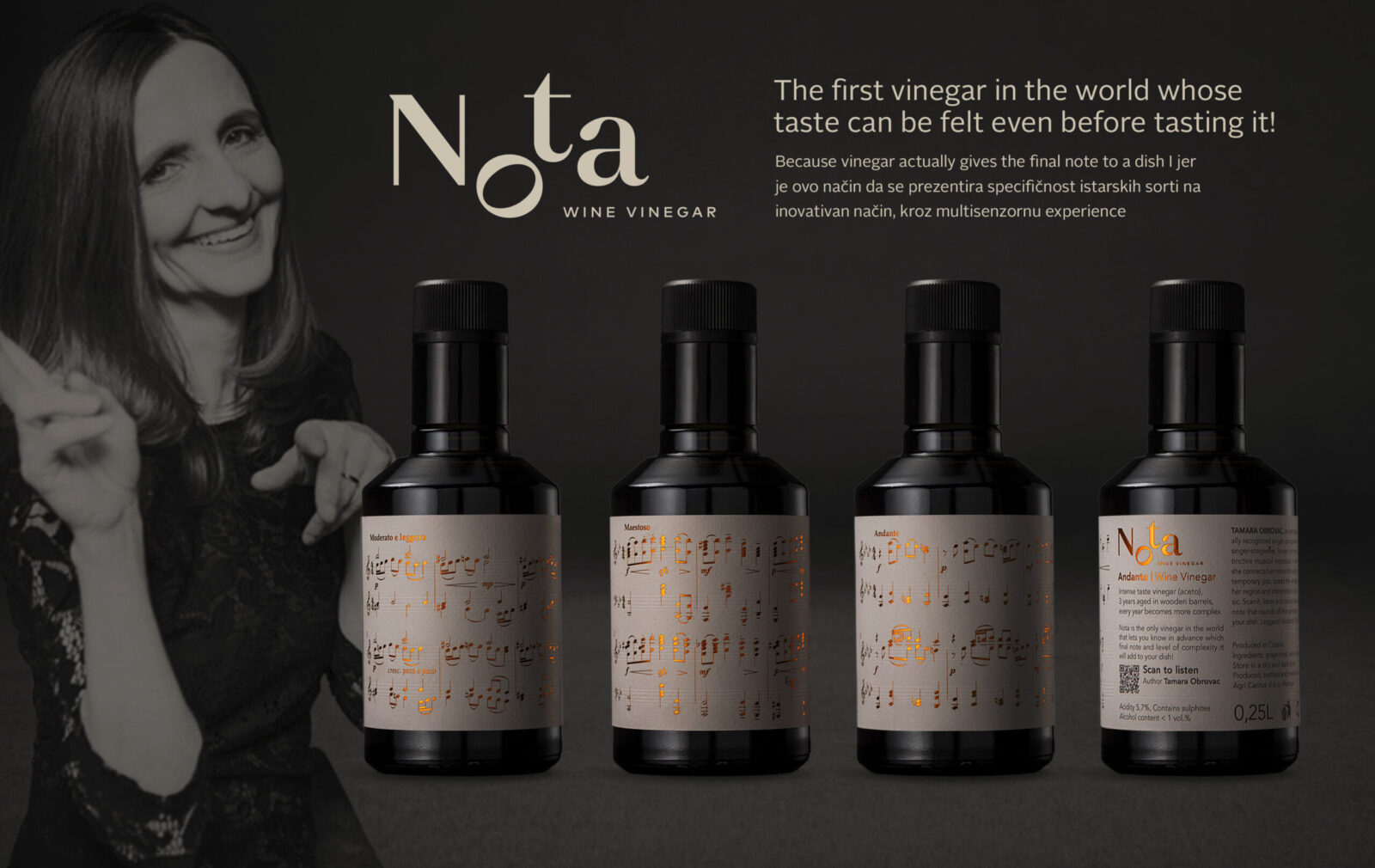 Nota is the first collection of Istrian wine vinegar, inspired by autochthonous gastronomy and composed according to the principles of the fascinating Istrian heritage – so that the user’s senses can dance in the harmony of music and taste. Made from Istrian authentic grape varieties.

The name itself, Nota, is inspired by the fact that vinegar gives the final note to a dish. Depending on the strength, it comes in three flavors: leggero, andante and forte. In order to convey the strength and the character of the flavors that are characteristic for the Istrian climate, the label was created with the help of the famous musician Tamara Obrovac, who dedicated her entire life to promote the Istrian tradition through music and so she composed music exclusively for the Nota labels. Tamara is one of the most significant and versatile personalities on the Croatian music scene. Her ethnically inspired contemporary Mediterranean jazz is influenced by the particular musical and dialectal traditions of Istria. She’s received many national and global awards, including a nomination for the BBC Radio World music Awards.

Original miniatures on the labels are the result of Tamara’s tasting, and the QR code on the label leads to the soundtrack. Thus, Nota becomes the first vinegar in the world whose taste can be felt even before tasting it. Consequently, it becomes a multi-sensory experience of enjoying an autochthonous Istrian product.

Scan it, listen and choose the best note that rounds off the symphony of your dish. Leggero? Forte? Andante?

Visual and verbal identity for The happiest Perfa eggs

PAGE about the future of packaging

PAGE, the leading german magazine for design and typography writing about Studio Sonda and Holcim Agrocal in an article about the future of packaging

Sparkling mineral water Radenska in a can

Who says water can’t be fun? It was love at the first bubble…