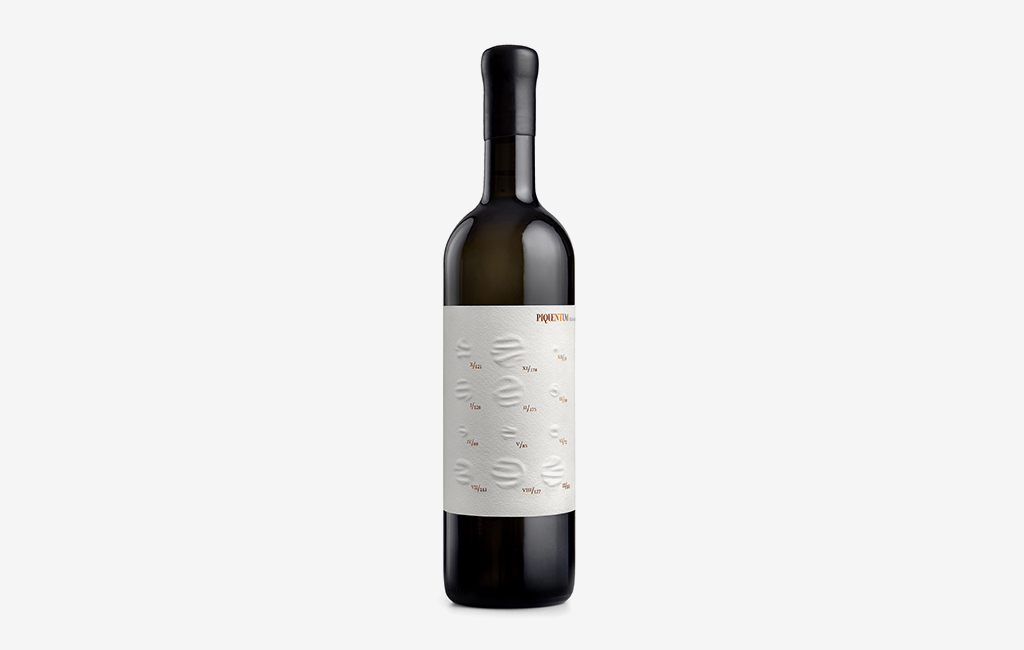 Vintage dates are always denoted on the bottles, but how many of us really understand the meaning of the year the grapes were harvested? It actually witnesses the natural conditions in which the wine matured; it is its own BIOGRAPHY. But with the use of pesticides and balancing flavors, the year shown on the bottle has eventually lost its meaning, because flavors are becoming ready-made and unrelated to the actual weather conditions.

To create a label for this natural wine, we decided to rise awareness about the importance of understanding the year indicated on it. In cooperation with the Croatian Meteorological and Hydrological service, the data on weather conditions in the territory of vineyards were collected, and the amount of precipitation proved to be a great tool to show graphically how much weather actually affects the diversity of nature every year. Circles, as standard meteorological rain symbols, show the amount of rainfall in a particular month. They have been reduced to basic symbols, considering that wine produced by nature doesn’t require additional decorations.

2013
The label features a moderate year, and that it rained mostly in September, which is when grapes need to achieve the optimum point of maturity. That is why in its flavour the final power of alcohol can be perceived as partially lost and weakened.

2014
Due to heavy rains throughout the year this wine resulted with much smaller quantities of sugar, so that it reflects a freshness of more northern regions although it is all about Mediterranean vineyards. However, considering the constant rainfall, flavours are naturally balanced.

2015
It will be remembered as one of the most successful year in the production of wine. Warm and dry both spring and summer, with an ideal quantity of  rainfall in autumn, so that vines have not suffered drought. An optimum maturity was achieved and the result is a powerful, full-bodied Mediterranean wine.

This label passes on promptly what was the year like, so that we can easily compare the different vintage years. The label, as a reflection of the year during which the wine was made, wants to encourage thinking and discussion. In such a way, wine, as one of the historically most acclaimed product, becomes a medium that speaks out about the importance of understanding Nature.

At the Eurobest festival of European creativity held in London, Studio Sonda was awarded Eurobest Silver in design category

Berba tells us that real magic happens on heights that are hard for the eye to grasp, in a story that takes place above the label, in the wine itself

Piquentum brazda, working on a label for two years

In the words of its producer, this wine is a reflection of time, place and honesty. For this reason, it truly deserves a special label, that it is not really a label…