The waterfront of the city of Poreč nominated for ‘Bernardo Bernardi’ 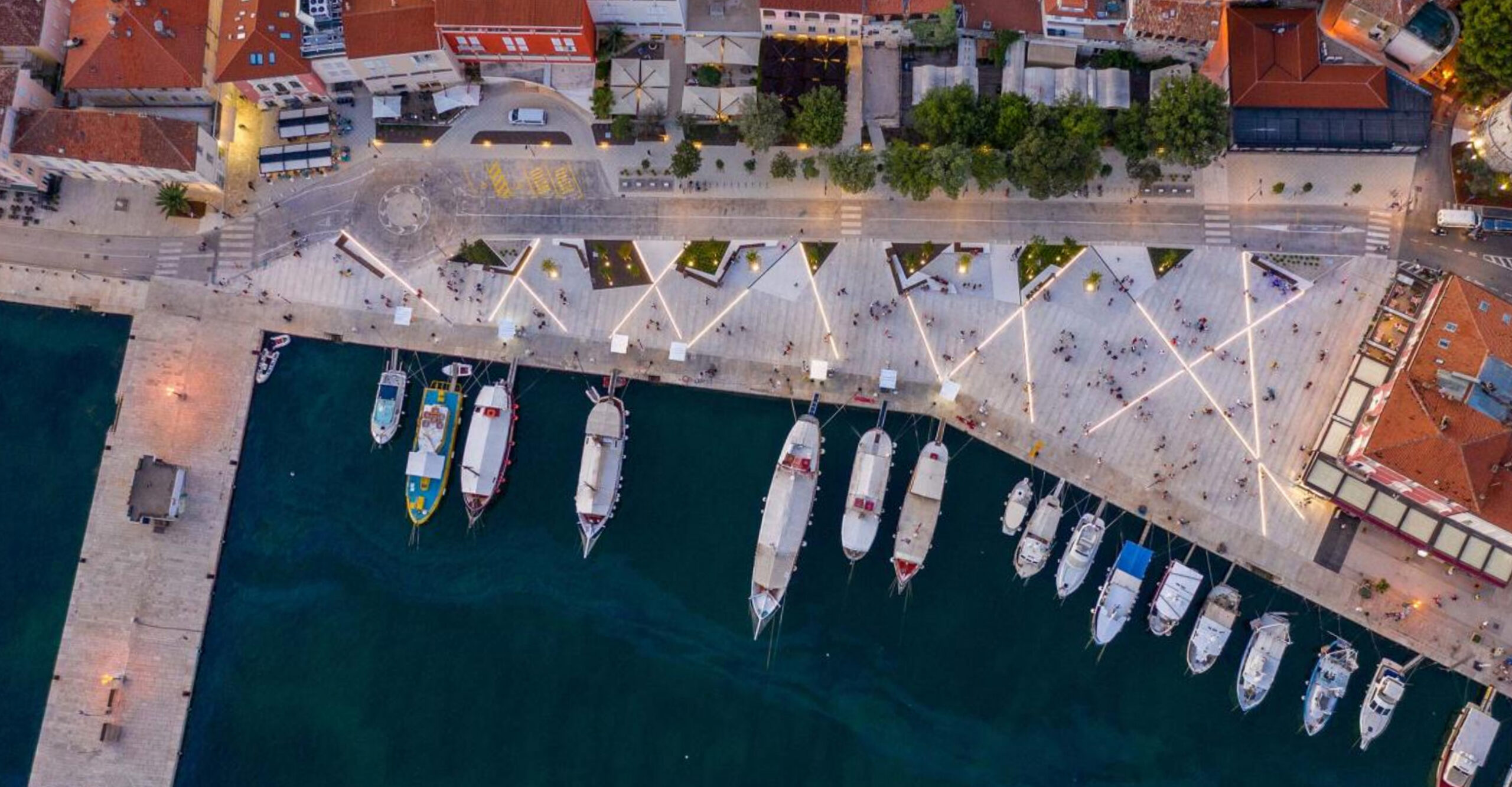 The newly renovated part of the Poreč waterfront has been nominated for the ‘Bernardo Bernardi’ award for the most successful achievement in the category of Architectural and interior design for 2020. The award is part of the annual exhibition of Croatian Architects Association.

The waterfront in Poreč was realized by the architects Alan Kostrenčić, Darovan Tušek and Marija Pavlović from the architect’s studio Kostrenčić and Krebel from Zagreb.

For the needs of the architects, Studio Sonda designed the engravings of the names and symbols of the places in the floor signs, which connect the waterfront with Cardo Maximus and thus suggest to visitors the direction if they want to reach the mentioned sights. In the future it is planned to enable guests to get to know the sights virtually through the digital application, even before their arrival.

As described in the nomination, “the aim of the project was to integrate the ground between the coast and its hinterland, including hotels and restaurants, into a unique environment and a functional whole. The integration also acts in the broader context of the historic center – by connecting to Cardo Maximus via signposts made of aluminum floor strips engraved with the names of the sites they point to. With this symbolic gesture, the space becomes a connecting element in the mental map of the city center of Poreč. Clean, balanced and fluid open space allows the main focus in the perception of space to shift to the sea horizon and to the outline of the historic center, which is also the most important value of this project”.

For the applications to the Annual Exhibition of Croatian Architects in 2020 a total of 96 works applied and were analyzed by an expert jury consisting of: Ante Nikša Bilić, Helena Paver Njirić and members of the Expert Council of the CAA: Breda Bizjak, Tonči Čerina (manager), Ivana Ergić, Antonio Grgić, Ana Mrđa, Lea Pelivan and Ana Šverko.

Other nominees for the Bernardo Bernardi award in the mentioned category are: the Breakwater in Sutivan (island of Brač), the approach and presentation of the Petrapilos Fortress (Buzet) and the setting of the exhibition “If I Forget You… Holocaust in Croatia 1941-1945” located at the French Exhibition Pavilion at the Zagreb Choir.

Congratulations to the nominees and fingers crossed for Poreč and the architect’s studio Kostrenčić and Krebel.

Sonda at the Museum of Contemporary Art of Istria

Exhibition and book promotion: ‘On the power of creativity’ – Studio Sonda, at the Museum of Contemporary Art of Istria in Pula. Opening and party, September 20th at 7 pm.

The international jury gave us two honourable mentions, for projects Closed On Sunday and Piquentum Brazda

Studio Sonda received the European award for the design of the poetry collection Closed on Sundays, written by Drago Orlić