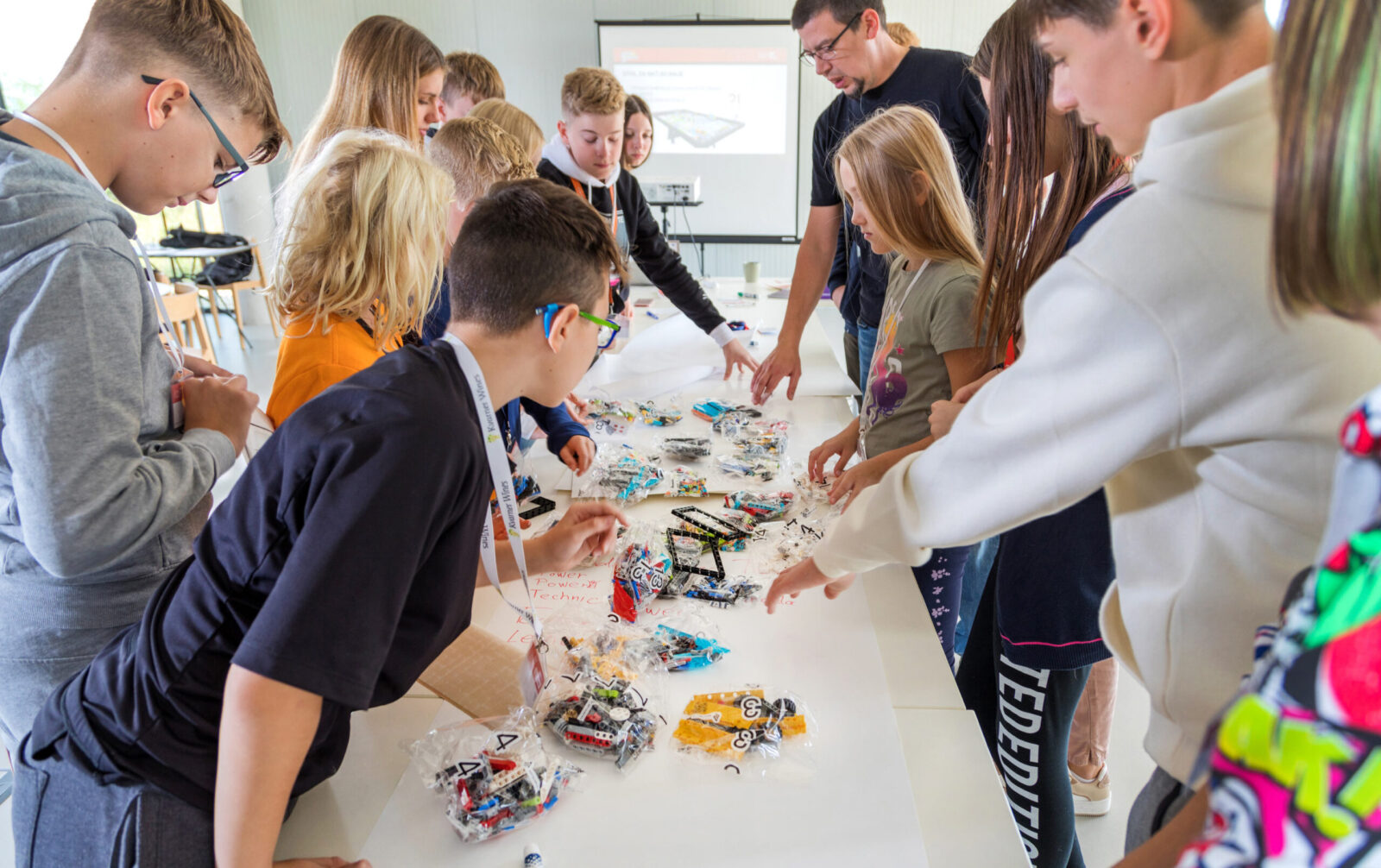 Workshops for the First LEGO League at Sonda Creative Center

In the organization of the Center for Technological Development and STEM Education – Pozitron, and with the support of the Municipality of Vižinada and Studio Sonda, children and young people began preparing for the First LEGO League Challenge competition, which will be held in Zagreb in January.

The workshops will be held during this autumn and partly in the winter period on Saturdays. Participants will research renewable energy sources and identify energy problems in their local community. For one of them they will conceive, design and create a project that will offer a concrete solution. At the same time, they will also collaborate as a team in designing and programming LEGO robots whose task will be to perform predefined tasks in accordance with the rules of the competition, around this year’s topic: Superpowered. The aforementioned solutions will be presented in January 2023 at the national competition First LEGO League Challenge, which, organized by the Croatian Robotics Association (HROBOS), will be held at the Faculty of Electrical Engineering and Computing – FER in Zagreb.

This year, the team from Vižinada is joined by the one from Buzet. Two teams of young roboticists, researchers and scientists will participate with their mentors from the Pozitron Center in the competition for the first time (one each from Vižinada and Buzet). Pozitron proudly points out that this is the first time that one association has several teams from several cities at the competition.

The First LEGO League is a unique model of project-based learning, because apart from robotics as a multidisciplinary skill, it develops many others in a child-friendly way; participants will prove themselves in research, presentation, documentation, teamwork and exemplary behavior in front of other teams and judges who will follow them during the competition.

As part of the workshops, both teams will also have the unique opportunity to visit the Observatory in Tičan, where using LEGO robotic sets they will have the opportunity to build a space probe and program solar panels, thus learning more about solar energy.

For more information, follow the pages of the Pozitron Center.

2 Grand Prix at Days of Communication 2019

At the competition Ideja X, held in Rovinj within the framework of Days of communication, Studio Sonda was awarded the Grand Prix, gold and silver Ideja X and Studio Sonda’s young talents won the Gran Prix at the Young Lions competition.

Photography workshop for people with Down syndrome

Sudio Sonda will run a photography workshop for people with Down syndrome at Vizinada. The workshop will be attended by participants from the Association “Hoću-Mogu” (transl: I want – I can) from Pazin, Croatia and the DADI Center from Padua, Italy. It will be accompanied by one-week exhibition